The Semitic languages, previously also named Syro-Arabian languages, are a branch of the Afroasiatic language family originating in the Middle East that are spoken by more than 330 million people across much of Western Asia, Levant Region,North Africa and the Horn of Africa, as well as in often large immigrant and expatriate communities in North America, Europe and Australia. The terminology was first used in the 1780s by members of the Göttingen School of History, who derived the name from Shem, one of the three sons of Noah in the Book of Genesis.

They are believed to have evolved from a hypothetical common ancestor called *Proto-Semitic whose place of origin is still disputed: Africa, Arabian Peninsula, and Mesopotamia are the most probable locations. The Semitic branch can be divided into East, West (or Central), and South (or Ethiopic) Semitic. The term “Semitic” is thought to have come from Shem, one of the three sons of Noah (Gen. x:21-30), regarded in biblical literature as the ancestor of the Semites.

Today, the Semitic branch includes 77 languages that are spoken by more than 500 million people across the Middle East, and North and East Africa. The most widely spoken Semitic language today is Arabic, followed by Amharic, Tigrinya, and Hebrew.

Although they are no longer regularly spoken, several Semitic languages retain great significance because of the roles that they play in the expression of religious culture—Biblical Hebrew in Judaism, Geʿez in Ethiopian Christianity, and Syriac in Chaldean and Nestorian Christianity. In addition to the important position that it occupies in Arabic-speaking societies, literary Arabic exerts a major influence throughout the world as the medium of Islamic religion and civilization.

Languages Of The Past
Written records documenting languages belonging to the Semitic family reach back to the middle of the 3rd millennium BCE. Evidence of Old Akkadian is found in the Sumerian literary tradition. By the early 2nd millennium BCE, Akkadian dialects in Babylonia and Assyria had acquired the cuneiform writing system used by the Sumerians, causing Akkadian to become the chief language of Mesopotamia. The discovery of the ancient city of Ebla (modern Tall Mardīkh, Syria) led to the unearthing of archives written in Eblaite that date from the middle of the 3rd millennium BCE.

Personal names from this early period, preserved in cuneiform records, provide an indirect picture of the western Semitic language Amorite. Although the Proto-Byblian and Proto-Sinaitic inscriptions still await a satisfactory decipherment, they too suggest the presence of Semitic languages in early 2nd-millennium Syro-Palestine. During its heyday from the 15th through the 13th century BCE, the important coastal city of Ugarit (modern Raʾs Shamra, Syria) left numerous records in Ugaritic. The Egyptian diplomatic archives found at Tell el-Amarnahave also proved to be an important source of information on the linguistic development of the area in the late 2nd millennium BCE. Though written in Akkadian, those tablets contain aberrant forms that reflect the languages native to the areas in which they were composed. 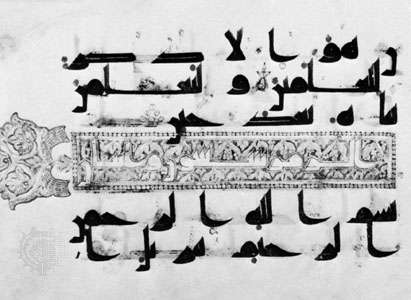 Akkadian is an extinct Semitic language that was spoken in Mesopotamia from the 3rd to the 1st millennium BC. Last written records of Akkadian date to 1st century AD. Akkadian was forgotten but rediscovered in the 19th century and its cuneiform script was deciphered.
Canaanite languages that include Hebrew, Phoenician, and Punic, were spoken in Palestine, Syria, and in scattered communities around the Mediterranean. All these languages are extinct, except Hebrew, which was revived as a spoken language only in the 19th and 20th centuries.
Phoenician is an ancient Semitic language that was originally spoken in today’s Lebanon. It is attested through inscriptions from the 12th century BC to the 2nd century AD. Phoenician traders established settlements all over the Mediterranean. The Phoenician consonantal script, written from right to left and consisting of 22 letters, is almost identical with the Old Hebrew script. It is the ancestor of the Greek and Latin alphabets.
Punic, a later stage of Phoenician, was the language of Carthage and the Carthaginian empire. It was influenced by the surrounding Berber languages. Punic became extinct by the 6th century AD.
Syriac was a Christian literary and liturgical language from the 3rd through the 7th century AD. It was based on an East Aramaic dialect. Today, it is still used as a liturgical language by Iraqi Christians.

I am Rashid Aziz Faridi ,Writer, Teacher and a Voracious Reader.
View all posts by Rashid Faridi →
This entry was posted in Archaeology, Class Notes, earth, Urban Studies. Bookmark the permalink.