Watts Up With That?

The world’s first full-scale floating wind farm has started to take shape off the north-east coast of Scotland.

The revolutionary technology will allow wind power to be harvested in waters too deep for the current conventional bottom-standing turbines.

The Peterhead wind farm, known as Hywind, is a trial which will bring power to 20,000 homes.

Manufacturer Statoil says output from the turbines is expected to equal or surpass generation from current ones.

It hopes to cash in on a boom in the technology, especially in Japan and the west coast of the US, where waters are deep.

“This is a tech development project to ensure it’s working in open sea conditions. It’s a game-changer for floating wind power and we are sure it will help bring costs down,” said Leif Delp, project director for Hywind. 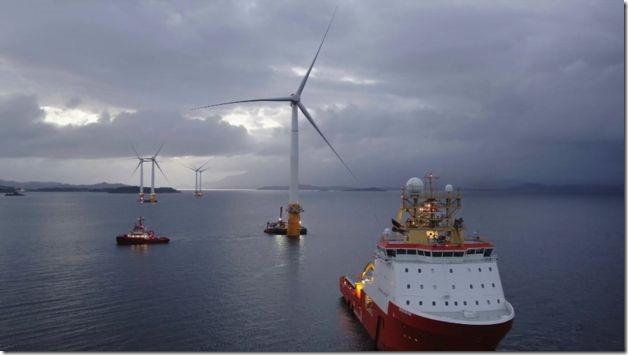