The now all pervasive Global Positioning System  is a satellite-based navigation system made up of a network of 24 satellites put into orbit by the US Department of Defence. Of these 21 satellites are used by GPS receivers and three are standby satellites. Military actions were the original aim for GPS initially. In 1980s, the U.S. government decided to allow the GPS system to be used by civilians all over the world, though with reduced accuracy.

There were mainly three people who are credited as creators of this system are :

The system was initially designed in USA in1960 but, the  development accelerated around 1973.

Main use of GPS system is to provide real time location in any condition.

GPS’s accurate time facility are a great help in everyday activities such as banking, mobile phone operations, and even the control of power grids by allowing well synchronized hand-off switching.

Each of 24 GPS satellites circles the earth twice a day in a very precise orbit and transmit signal information to earth. GPS receivers take this information and use triangulation to calculate the user’s exact location. The system receiver compares the time a signal takes to be transmitted by a satellite with the time it was received. The time difference tells the GPS receiver exactly how far away the satellite is.

With distance calculation received from other more satellites, the GPS receiver determines the user’s position and display it on the unit’s digital map.

GPS has many applications on land, at sea and in the air.

GPS devices may have capabilities such as: 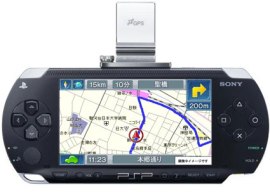 Previously,it was difficult to buy GPS devices but now these devices are affordable and are also now available online. If you are a buy a new GPS device or  want to sell sell your old one  , you can post free ads here.

GPS can be used almost everywhere except where it is impossible to receive the signals such as inside buildings, in caves and other subterranean locations, and underwater.

The most common  applications on air are for navigation by general aviation and commercial aircraft.

At sea, GPS is used for navigation by recreational boaters, commercial fishermen, and professional mariners.

Land-based applications are numerous.Scientists, mainly Geographers use this system for its precision timing capability and position information.

Surveyors use the GPS system for advanced and simple surveying.

The system offers financial feasibility by  reducing setup time at the survey site and providing.

Many recreational uses of GPS are also there. It offers enhanced security in recreational and adventure sports.

GPS is very popular among hikers, hunters, snowmobilers, mountain bikers, and cross-country skiers, amongst others.

Anyone who wants to know he or she is located, to find his or her way to the desired location, or know what direction and at what speed he or she is going can enjoy the benefits of the global positioning system.

GPS devices are now also used  in automobiles extensively.Some basic systems can be in placed roadside to provide emergency roadside assistance.Accurate systems that show one’s position on a street map are also available even in your friendly smartphone.Currently, GPS allow a driver locate his or her location and suggest the best route to follow to reach a designated location.

I am Rashid Aziz Faridi ,Writer, Teacher and a Voracious Reader.
View all posts by Rashid Faridi →
This entry was posted in GPS, map making, Satellites. Bookmark the permalink.