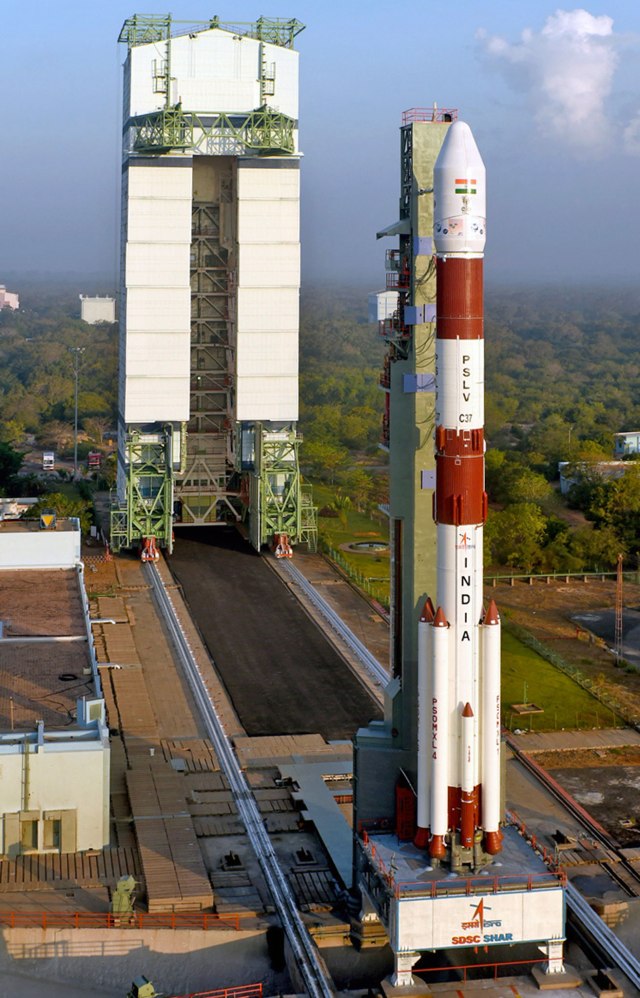 In an enviable feet,India has successfully launched record 104 satellites from a single rocket into orbit on Wednesday, in the latest triumph for its famously economical space agency.The launch was done with the help of indigenous Polar Satellite Launch Vehicle (PSLV).

!01 nano satellites are from other countries, including Israel, Kazakhstan, The Netherlands, Switzerland, United Arab Emirates and 96 from the United States.

Seventeen minutes after launch the rocket started placing the satellites into orbit, one by one with a time-frame of about 11 minutes.

The launch means India now holds the record for launching the most satellites in one go, surpassing Russia which launched 39 satellites in a single mission in June 2014.

The rocket was launched from the Satish Dhawan Space Centre in Sriharikota, Andhra Pradesh.

I am Rashid Aziz Faridi ,Writer, Teacher and a Voracious Reader.
View all posts by Rashid Faridi →
This entry was posted in earth, India, Space. Bookmark the permalink.