We keep moaning about population, but ignore consumption habits 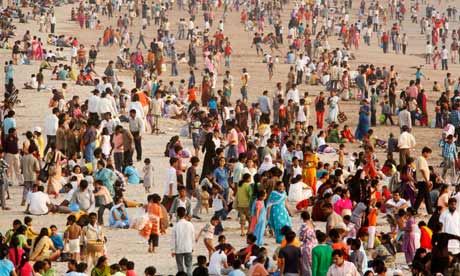 Juhu beach in Mumbai, India, is crowded out with people. Photograph: David Levene for the Guardian

At any public meeting on the environment over the past decade , there’s one question that almost always came up. It is a variation of ‘Why will no one talk about population?’ As a result, population is discussed endlessly while people grumble that no one ever talks about it.