Dear Readers,Found this thought provoking article on Reuters.Sharing With you ALL.Read and Think 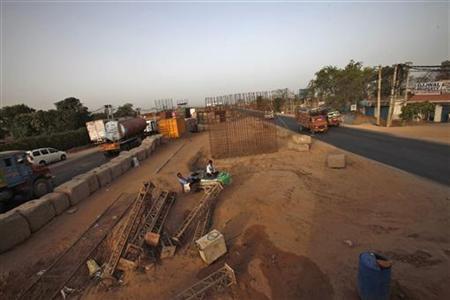 In a wheat field near the mighty Ganges river stands a cracked foundation stone surrounded by nibbling goats and farmers driving their cattle in the baking sun.

Unveiled more than four years ago, it’s all that remains of an ambition to build India’s longest expressway, an eight-lane, 1,050-km (650-mile) road that would have run through Uttar Pradesh and connected one of the country’s most backward regions to the doorstep of the nation’s capital.

Supporters of the Ganga Expressway project say it would have helped transform Uttar Pradesh, India’s most populous state and one of its poorest, and the lives of its 200 million people by slashing travel times and letting industry and townships sprout.

But having been in and out of the headlines for years, the project has all but crumbled under the weight of political wrangling, opposition from farmers whose fields would have suffered, and a court order in 2009 stalling construction on environmental grounds.

The failure of the Ganga Expressway offers a snapshot of India’s chronic infrastructure woes and a reality check on Prime Minister Manmohan Singh’s recent promise to speed up more than 200 key projects.It’s also symptomatic of how, for India’s leaders, political expedience often trumps the need to revive investor sentiment and growth.

I am Rashid Aziz Faridi ,Writer, Teacher and a Voracious Reader.
View all posts by Rashid Faridi →
This entry was posted in opinions. Bookmark the permalink.