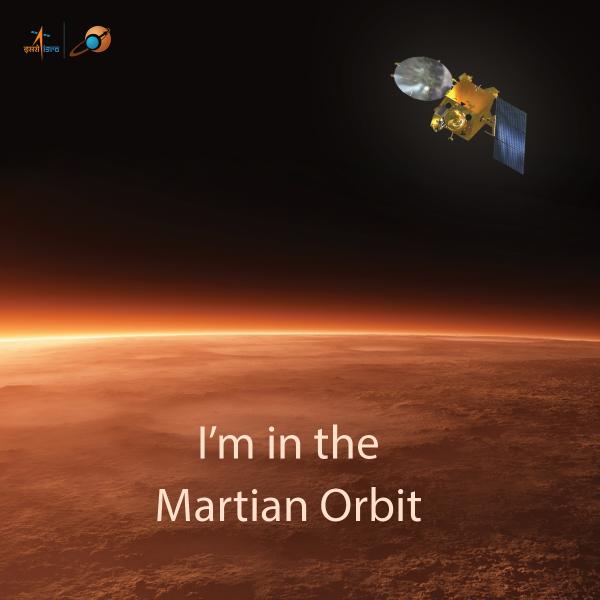 India created history on Wednesday, becoming the first country to successfully get a spacecraft into the Martian orbit on its maiden attempt.

It started in 2013  and  is  a giant leap for its space programme. Now India is member of elite Mars club. It was a tremendous 299 days journey.The program is a part of a road map ISRO is following.

It is India’s first interplanetary mission to planet Mars with an orbiter craft designed to orbit Mars in an elliptical orbit. The Mission is primarily technological mission considering the critical mission operations and stringent requirements on propulsion and other bus systems of spacecraft. It has been configured to carry out observation of physical features of mars and carry out limited study of Martian atmosphere with following five payloads:

Congratulation India. It was a Little Belated Independence Day Gift to ourselves. It will help India a lot.

1 Response to India has a date with Mars. Little Belated Independence Day Gift :-)