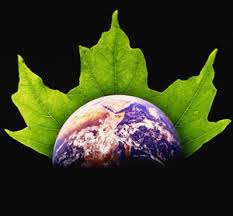 Geochemists have opined that  a huge rise in atmospheric CO2 was only avoided by the formation of a vast mountain range in the middle of the ancient supercontinent, Pangea.

300 million years ago, plate tectonics  aggregated land masses into a giant supercontinent, known as “Pangea.” The sheer size of the continent meant that much of the land surface was far from the sea, and so the continent became increasingly arid due to lack of humidity. This aridity meant that rock weathering was reduced; normally, a reduction in rock weathering means that CO2 levels rise, yet in spite of this CO2 levels — which had been falling prior to the mountain formation- continued to drop, eventually undergoing the most significant drop in atmospheric CO2 of the last 500 million years. …

A group of French scientists have now produced a model which seems to explain this contradiction.

According to the research team the period coincides with the rise of a vast series of mountains in the interior of Pangea, the “Hercynian” mountains.”

Occurring in a humid equatorial environment, this physical erosion promoted rock weathering and removing CO2 from the atmosphere.”

I am Rashid Aziz Faridi ,Writer, Teacher and a Voracious Reader.
View all posts by Rashid Faridi →
This entry was posted in earth, Ecosystem, Education, Environment, Global Warming, Links. Bookmark the permalink.