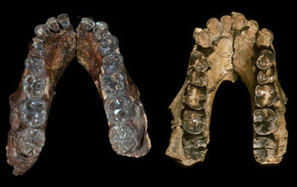 “For a long time, primates stuck by the old restaurants–leaves and fruits–but by 3.5 million years ago, they started exploring new diet possibilities–tropical grasses and sedges–that grazing animals discovered a long time before, about 10 million years ago,” Cerling says, when African savanna began expanding.

“Tropical grasses provided a new set of restaurants. We see an increasing reliance on this resource by human ancestors, one that most primates still don’t use today.”

Grassy savannas and grassy woodlands in East Africa were widespread by 6 million to 7 million years ago. A major question is why human ancestors didn’t start exploiting savanna grasses until less than 4 million years ago.

Sedges were eaten in the Nile Valley in predynastic and later times, which I discuss in this blog: