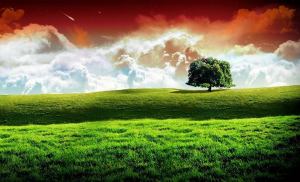 Wake Up From Your Slumber Sleep,
The Nation Needs You You Are Part Of The Citizens
Of The Biggest Democracy In The World,
Today Is The Day When We Received
Our Constitution It Is Our Republic Day,
Happy Republic Day

The Indian national flag, represents India’s long struggle for freedom is a national treasure. It signifies the status of India as an independent republic. The Indian National Flag came into being in its present form at the meeting of Constitutional Assembly on 22nd July 1947. Since then it has first served as the National Flag of the Dominion of India from 15 August 1947 to 26 January 1950 and thereafter as the national flag of the Republic of India. The Indian National Flag was designed by Pingali Venkayya and contains three equal strips of saffron, white and green. The ratio of its width to its length is two is to three.

A navy blue color “Chakra” known as the Ashoka Chakra, which has twenty-four spokes is present in the middle of the white strip. According to the standard set down by ISI (Indian Standard Institution) it should occupy seventy five percent of the space of the white strip. The National Flag is one of the most respectable national symbols. There are strict laws regarding its manufacturing and its hoisting. The official flag specifications require the flag to be made of Khadi, which is a special hand spun yarn made up of cotton, silk and wool.

1904:The history of the Indian flag dates back to pre independence era. It was in 1904 that first Indian flag came into being. It was made by an Irish disciple of Swami Vivekananda. Her name was Sister Nivedita and after some time this flag came to be known as Sister Nivedita’s flag. This flag was colouredd red and yellow. Red signified the freedom struggle and yellow was a symbol of victory. It had the words “Bonde Matoram” in Bengali written on it. Along with it the flag contained a figure of ‘Vajra’, weapon of god ‘Indra’, and a white lotus in the middle. The ‘Vajra’ is a symbol of strength and lotus depicts purity.

1906: After Sister Nivedita’s flag another flag was designed in 1906. It was a tricolor flag with three equal strips of blue (top), yellow (middle) and red (lower). In this flag the blue strip had eight stars of slightly different shapes. The red strip had two symbols, first one was of sun and the other one contained a star and a crescent, near the fly. The yellow strip had ‘Vande Mataram’ written on it in Devnagiri script

In 1906 another version of this flag was created. It was also tricolour but its colours were different. It had orange, yellow and green and came to be known as ‘Calcutta flag’ or ‘Lotus flag’, as it had eight half opened lotuses on it. It is believed to be designed by Sachindra Prasad Bose and Sukumar Mitra. It was unfurled on 7th August 1906 at Parsi Bagan Square, Kolkata. It was a “boycott day” against the partition of Bengal and Sir Surendranath Banerjee hoisted this flag to mark the unity of India.

1907:This flag is very similar to the flag of 1906, with the exception of colors and the flower closest to hoist. This flag had three colors, blue, yellow and red and the flower was larger than others.

Then came the Madam Bhikaji Rustom Cama’s flag. The flag was collectively designed by Madam Bhikaji Cama, Veer Savarkar and Shyamji Krishna Varma. The flag was unfurled by Madam Cama on 22nd of August 1907 at Stuttgrat, Germany, and attained the status of the first Indian flag to be hoisted at the foreign land. From this event onwards it is also referred as ‘Berlin Committee flag’.

The flag consisted of three colors- the topmost being green followed by golden saffron in the middle and the red color at the bottom. It had ‘Vande Mataram’ inscribed on it.

1916: In 1916 Pingali Venkayya, a writer and a geophysicists designed a flag with the intention to bring the whole nation together. He met Mahatma Gandhi and sought his approval. Mahatma Gandhi suggested him to incorporate a charkha as a symbol of economic regeneration of India, in the flag. Pingali made the flag out of the hand spun yarn ‘Khadi’. The flag had two colors and a ‘Charkha’ drawn across them but Mahatma Gandhi did not approve of it as he said that the red represents the Hindu community and the green represents the Muslims, but all the other communities of India are not represented in this flag.

1917: The Home Rule League formed by Bal Ganga Dhar Tilak adopted a new flag in 1917. As at that time status of Dominion was being demanded for India. The flag had the union jack at the top, near the hoist. The rest of the flag contains five red and four blue strips. It had seven stars on it in the shape of ‘Saptarishi’ Constellation which is supposed to be the sacred one for the Hindus. It also had a crescent moon and a star at the top fly end. This flag did not gain popularity among the masses.

1921: As Mahatma Gandhi wanted all the communities of India to be represented in the flag of tha nation, so a new flag was designed. This flag had three colors. At the top was white then green and at the bottom was red color. In this flag the colour white symbolized minority communities of India, green was for the Muslims and the red one was for the Hindu and Sikh communities. The ‘Charkha’ was drawn across all the bands symbolizing the unification of these communities. The pattern of this flag was based on the flag of Ireland, another nation which was struggling to get its independence from the rule of Britain. Although the Congress Committee did not adopt it as its official flag but it was widely used as a symbol of nationality in India’ freedom struggle.

1931: Some people were not at all happy with the communal interpretation of the flag. Keeping all this in view a new flag was designed which replaced the red with ochre. This color signified combined spirit of both the religions as saffron was the color of Hindu yogis as well as Muslim darvesh. But the Sikh community also demanded a separate representation in the flag or the complete abandonment of religious colors. This resulted in another flag by Pingali Venkayya. This new flag had three colors. Saffron was at the top followed by white in the middle and green being the lowermost. The ‘Charkha’ was at the center of white color. This flag was passed at the meeting of Congress Committee in 1931 and was adopted as the official flag of the Committee.

1947: When India got independence, a committee headed by Rajinder Prasad was formed to discuss the National Flag of India and they decided to adopt the flag of Indian National Congress, with suitable modifications, as the flag of India. As a result, the flag of 1931 was adopted as Indian flag but ‘Charkha’ in the middle was replaced by ‘Chakra’ (wheel) and hence our National Flag came into being.

Flag Code
There is a committee which sets standards for the manufacturing of the flag. It also lays out rules regarding hoisting of Indian flag. This committee is known as ‘Bureaue of Indian Standards (BIS)’. It specifies the cloth, dye, color, thread count and each and every thing about the flag. The Indian flag can only be made up of ‘Khadi’. It is made up of two types of khadi one for its main part and the other one for the cloth which holds flag to the staff.

Being a national symbol it is respected by every Indian. There are certain dos and don’ts laid down for common people regarding Indian flag:

According to flag code, of India citizens do not have the right to hoist the Indian flag except for some important days like Republic day, Independence day and Mahatma Gandhi’s birthday. A renowned industrialist Naveen Jindal challenged this in the court as when he hoisted the flag on his office building he was told not to do so as it may be taken as a breach of code of Indian flag. Then he lodged a PIL (Public Interest Litigation) in the court now the decision of the court is pending in this regard but a temporary permission has been granted to Indian citizens to hoist the flag on any day but in a respectable manner.

Who designed the Indian National Flag

For several decades, crores of Indians  believed that Pingali Venkaiah from Vijayawada designed the Indian National Flag. Now, new research by Capt. L. Panduranga Reddy proves that this is yet another half-truth . Truth is that the current Indian National Flag had evolved over several decades of independence movement. Pingali Venkaiah was merely a contributor to one of the versions of the flag. Even the flag designed by him, was not his idea, but Venkaiah just implemented the idea of Lala Hansraj and Gandhiji. Capt. L. Panduranga Reddy’s research proves that it is a Hyderabadi woman named Suraiyya. who actually designed the final tricolor!

I am Rashid Aziz Faridi ,Writer, Teacher and a Voracious Reader.
View all posts by Rashid Faridi →
This entry was posted in India. Bookmark the permalink.

4 Responses to Salute to Flag (Historical Avatars of Indian Flag)