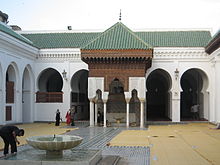 Long ago a remarkable woman and a seer Fatima Al-Fihri  looked into the future  and established the world’s first university(University of Al-Qarawiyin). Interestingly, it was a Muslim woman who pioneered a model of higher learning coupled with the issuance of degrees of various levels. 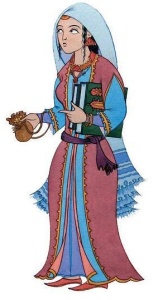 Fatima and her family in the early migrated in the ninth century from Qayrawan in present-day Tunisia to  Fez in Morocco during the rule of Idrees II,  Idress was an extraordinary ruler and devout Muslim. Fez at that time was a growing metropolis. Fatima’s father, Mohammad bin Abdullah Al-Fihri, had become a hugely successful businessman in Fez.

However, the tragedy struck.

Fatima witnessed deaths of her husband, father, and brother in a short span of time, after their death; Fatima discovered that she and her sister Mariam received a sizable inheritance. The sisters decided to dedicate all of their wealth to benefiting their community. They had found the purpose of life!!

Fatima founded Al-Qarawiyyin Mosque, which later became a seat of learning and blossomed in a University which is regarded by many scholars of history as the oldest, continually operating university in the world.She oversaw and guided the construction process.She took care of every detail.

She had grand plans. She began buying property adjacent to the initial land, significantly increasing the size of the mosque. She spent money and time to complete the project.

Masjid Al-Qarawiyyin, one of the biggest mosques in North Africa, housed the university that gone on to become a major center of advanced learning in medieval times in the Mediterranean.

By the 14th century, the university housed the famous Al-Qarawiyyin Library, which remains one of the oldest in the world, preserving some of Islamic world’s most valuable manuscripts.

Almost 1200 years have passed since the founding of the mosque and the University of Al-Qarawiyin in 859, and it continues to this day to graduate students in the various religious and physical sciences. This great institution, which already had 8,000 students by the 14th century, is central to the legacy of Fatima Al-Fihri. Her story is one of eternal dedication to the Islamic tradition of learning and academic study. The world became enriched as a result of her legacy.

And now we are marching towards global education entities.

I am Rashid Aziz Faridi ,Writer, Teacher and a Voracious Reader.
View all posts by Rashid Faridi →
This entry was posted in Education, Educational Technologies, Learning Initiative, Learning Institutes and tagged learning. Bookmark the permalink.