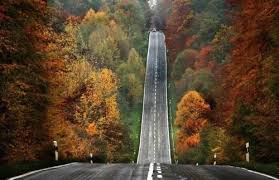 Transport facilities on land, sea and air are indispensable for economic progress of a nation. Transport on land may be by road, railways or waterways. Pipelines are also used for transport of bulky liquids or gaseous commodities like petroleum or natural gas. Power transmission lines help in transport of power from generating units to consumers. Transport is necessary for the exploitation of our vast natural resources. Many of our natural resources remained untapped in the past because of lack of transport facilities. Transport facilities provide basic infrastructure for the development of agriculture, industry, minerals, forests and fisheries. Fertilizer, high yielding varieties of seeds and other inputs needed for agriculture are sent to the villages by utilizing transport facilities. Similarly, food grains and commercial crops are transported to the markets. The development of an industry depends on cheap and efficient transport of raw materials and finished products. Transportation lines are the life-lines of a nation. This becomes evident in emergencies like wars. Floods, famines and other natural disasters. For defending the frontiers, as well as for national integration, transport is essential. Quick and efficient means of transport are essential for moving food grains and other essential commodities for people affected by floods, cyclones, droughts etc. Transport facilities enable people to move from place to place in search of employment, for business or pilgrimage or for pleasure. People are able to understand each other and appreciate differences in language, culture etc. The significance of transport is essentially felt in a large country like India with diverse people speaking a number of languages.

Roads are so old that we are not sure of the origin of the word ‘road’. Most experts think it came from the middle English word ‘rode’ meaning a ‘mounted journey’. This may have come from the old English ‘rod’ from the word ‘ridden’ meaning to ‘ride’.

In England, hundreds of years ago, certain main roads were higher than the surrounding ground. This was because earth was thrown from the side ditches towards the centre. Because they were higher, they were called ‘highways’. These roads were under protection of the king’s men and were open to all travelers. Private roads were known as ‘byways’.

Early roads were built in the near east soon after the wheel was invented. This was about 3000 B.C. As trade developed between villages, towns and cities, other paths or trade routes were made. One such early system of roads were the Old Silk Trade Route which ran over 6000 miles (9700 kms.) connecting China with Rome and pre-Christian Europe. Merchants used this ancient route to carry Chinese silk across Turkistan, India and Persia.

The first road markers were piles of stones at intervals. Trails through forests were marked by blazing trees or cutting a piece from the bark of the tree.

The Egyptians, Carthaginians, and Etruscans all built roads. But the first really great road builders were the Romans. They knew how to lay a solid base and how give the road a pavement of flat stones. The Romans knew that the road must slope slightly from the centre towards both sides to drain off water. This gave the road a ‘crown’. The Roman road builders also knew that there must be ditches along the sides of the road to carry water away. Roman roads were built mainly to get soldiers from one part of the empire to another. These roads ran in almost straight lines and passed over hills instead of cutting around them. The Romans built more than 50,000 lines (80,000 kms) of roads in their empire and some of them are still in use.

In the middle ages, most roads in Europe were merely clearing in the forests. There was little reason to built good roads, because most of the travel was on horseback. The cleared way was sometimes quite wide, so that rubbers hiding in the woods could not leap out suddenly upon travelers. Later when more wheeled vehicles, such as wagons, came into use, the roads still remained in poor condition. Usually the roads were made up of one module after another. Roads with smooth surfaces were rare in England until the 1600’s.

In Europe, one man who did more for road building than anyone else upto this time was John Loudon McAdam, a Scotsman. McAdam began building roads in England early 1800s. He is remembered for the surface he developed for roads. This kind of surface is called Macadam and is used to this day.

I am Rashid Aziz Faridi ,Writer, Teacher and a Voracious Reader.
View all posts by Rashid Faridi →
This entry was posted in Travel, Urban Studies. Bookmark the permalink.

4 Responses to Roads: Some Facts